These past few months, our engineers have been working on efficiency measurements in three power plants using the thermodynamic method. Objective: identify opportunities to optimise their output.

Firstly, with the measurement results on a Pelton unit of more than 140 MW, we were able to advise the owner on a more optimised use of the number of nozzles. In return, he could benefit of an increase of energy production equal to the annual consumption of two hundred households.

Secondly, when carrying out a measurement on a 16 MW Francis unit, we have noticed a decrease in efficiency of nearly 14% at partial load, which helped us to identify potentially erosive cavitation. To remedy the situation, a corrective measure was proposed for both mitigating cavitation and limiting the loss of output equivalent to the energy generated by 300 m2 of photovoltaic panels.

Finally, the efficiency of two 15 MW pump units fitted with impellers, one with hydro-abrasive resistant coating and the other without, were assessed at different time intervals. The objective was to monitor the changes in efficiency over the pumping seasons and ultimately optimise the strategy for repairing the wearing parts. The findings from the uncoated impellers was surprising: a slight drop in efficiency, but a higher pump flow rate. A nice optimisation challenge!

These examples are showing that the thermodynamic method, conceived over a century ago and usually used to verify contractual agreements, can be used and applied to optimise the electrical production. 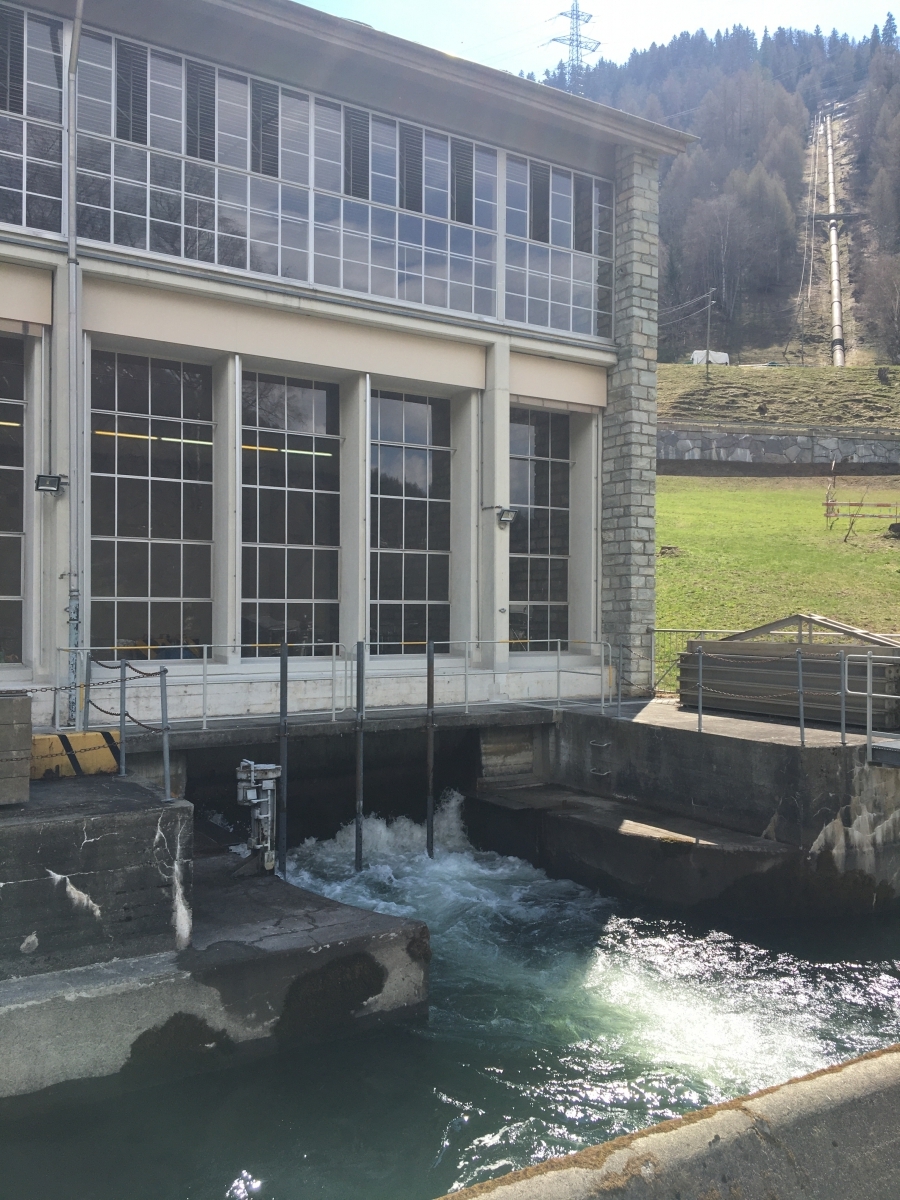 Picture: Temperature probes in the tail race of a Francis unit 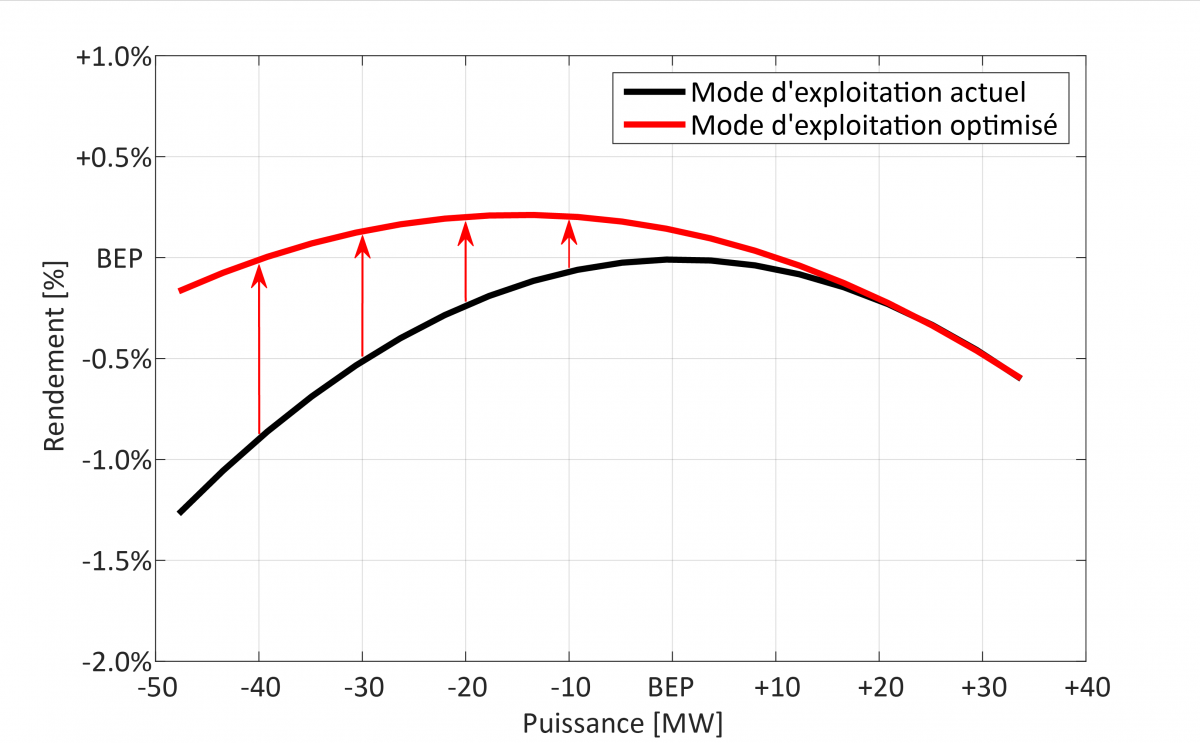 Integrating a penstock into the landscape

Located on a steep slope, the penstock of the Farettes (Aigle) plant was disguised with landscaping measures to reduce its visual impact. A project headed by HYDRO Exploitation.

Overhaul of the valve and alternator