Integrating a penstock into the landscape

Located on a steep slope, the penstock of the Farettes (Aigle) plant was disguised with landscaping measures to reduce its visual impact. A project headed by HYDRO Exploitation.

The penstock of the Farettes (Aigle) power plant was rebuilt in 2015. The new pipeline in the Tassonnaire power supply, upstream from the Aigle-Leysin railway line, was installed underground and revegetation measures were applied so as to minimise its visual impact on the surrounding countryside. However, the steeply sloping terrain, in a sun-drenched, south-facing zone, proved to be rather ill-disposed to the natural establishment of the surrounding Mediterranean vegetation, dominated by downy oaks and a thick undergrowth of predominantly xerophilous bushes. The tiered wooden supports installed to graduate the slope have therefore progressively deteriorated since 2020. 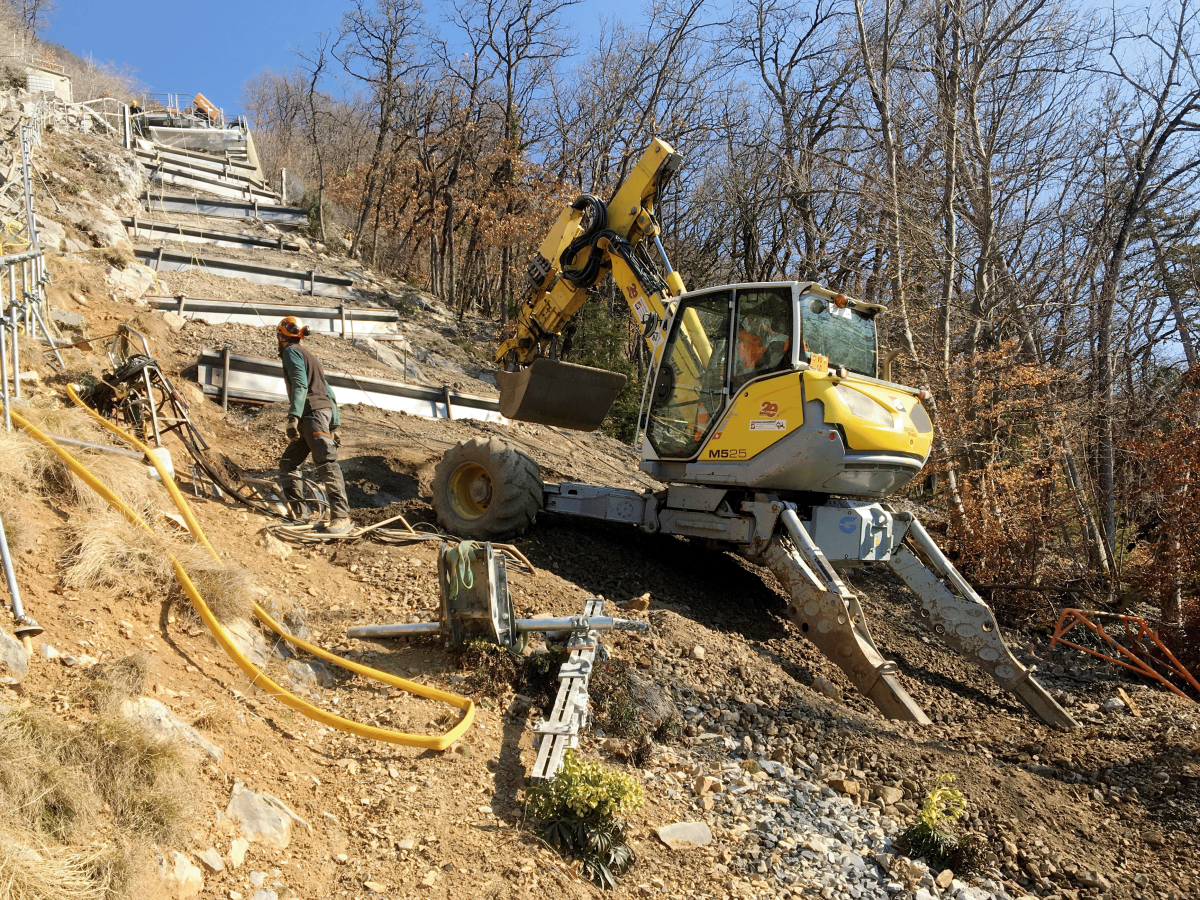 Working together with the forest engineering firm Silvaplus, HYDRO Exploitation submitted several proposals to restore and consolidate the ground covering. Given the difficulties involved in working on steep slopes, and the fact that the area could not be stabilised through purely vegetation measures, the best approach consisted of terracing the slope with metal supports and then covering it with meshing nailed in place. These measures are intended to help restore the soil so that meadows may root and grow there. The addition of topsoil and wood wool erosion control mats promote the regrowth of dry grassland vegetation. As proposed by the Forest inspection service for the districts of Leysin and Aigle, hydraulic seeding was introduced via a mulching with a cellulose fibre base, supplemented with native hay meadow seed mix. The embankment is scheduled to be watered for the first three years to ensure the success of the revegetation process. 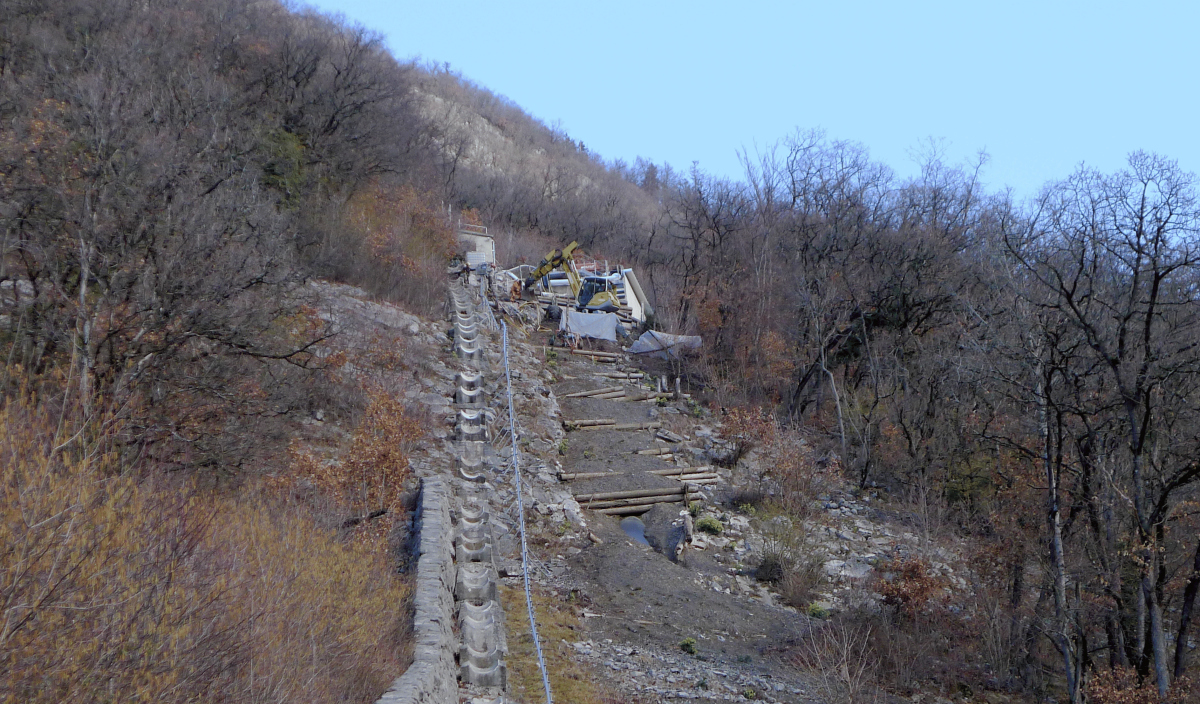 It should be noted that an anti-corrosion coating was deliberately not applied to the metal terrace supports. The continuous buildup of rust will help the structure blend in more with its surroundings over time. Any material and resistance lost due to deterioration will be compensated by the regrowth of the vegetation and the underpinning of the slopes’ stability. 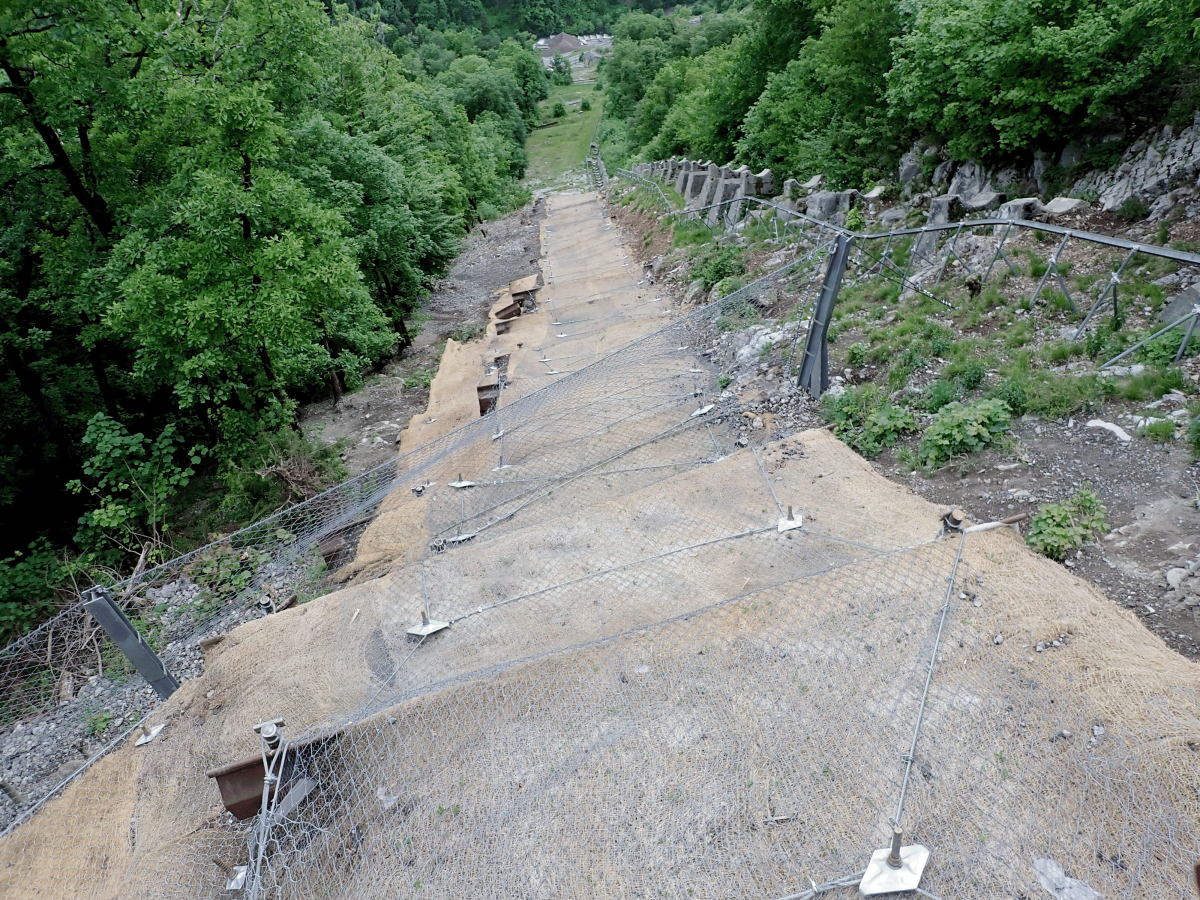 Overhaul of the valve and alternator

Called out to an EDF plant in the French Alps, our assembly team once again demonstrated its expertise in on-site work.

HYDRO Exploitation updated the Fionnay power plant’s control-command unit and connected it to Swissgrid’s HV grid. Some of the staff present had already carried out the work for this plant in 2008. A valuable continuation of expertise.
More news
Archive
HYDRO Exploitation SA
Rue de l’Industrie 10
CP 315 - CH-1951 Sion
+41 (0)27 328 44 11
+41 (0)27 328 44 12
register Newsletter
Contact us