A strategic development threatened by the movements of a geological fault, the Tine’s feeder has been revamped. HYDRO Exploitation SA proposed, studied and implemented an innovative and sustainable solution in collaboration with its partner-client CIMO et Micotti SA.

The CIMO tunnel of the Tine transports water from the Vièze de Morgins to Monthey for its turbining. The feeder, fitted with a steel pipe, crosses a geological fault. Since being built, it has been subject to numerous different displacements averaging around 15 mm every year. The facings are damaged and the pipe abuts against the walls of the tunnel. 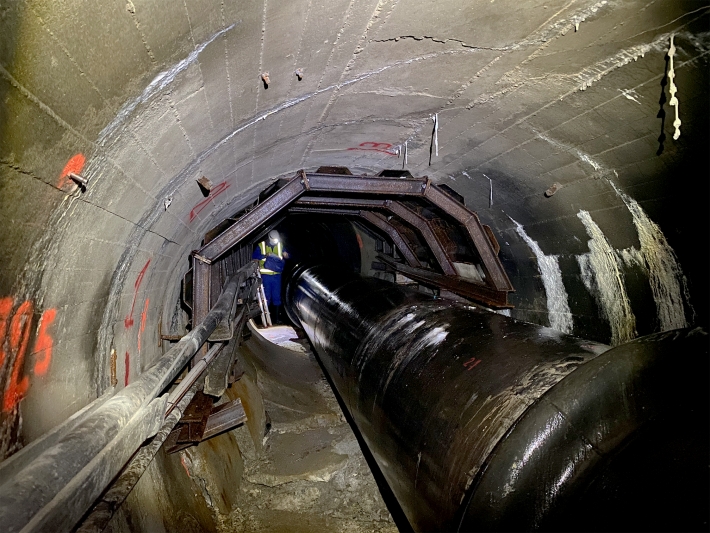 Stability for the next 35 years

Faced with a potential collapse, the supporting structure has had to be rebuilt twice, over a length of around 12 metres, since 1961. Because of their expertise in this area, HYDRO Exploitation SA was commissioned to research a design that would be more durable than reinforced concrete, which had revealed its limitations in this case. They came up with an innovative solution: a flexible cross-linked structure consisting of 4 circular metal transverse hangers, 10 longitudinal cables made of high tensile steel, 12 unencumbered longitudinal metres and a fibre reinforced polyethersulfone membrane.

An analysis based on nonlinear 3D finite elements (material and geometric nonlinearity) revealed that the new supporting structure will be able to deal with the differential movements of the rock mass for more than 35 years, i.e. beyond the return of the concession. Once approved, this unconventional solution could be used in other structures. 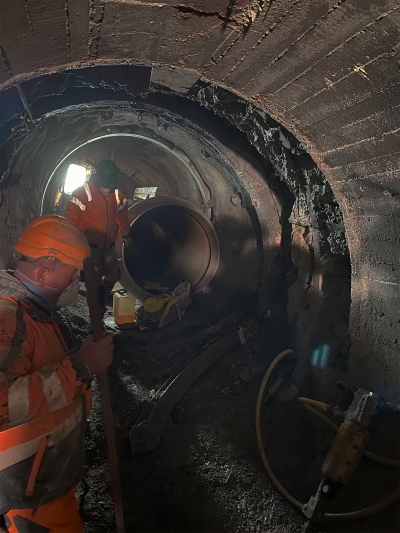 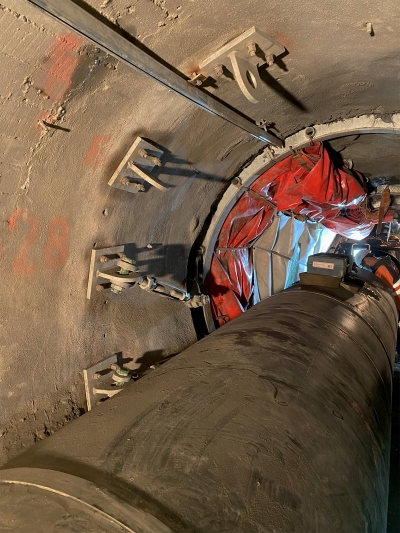 The challenge was taken up by HYDRO Exploitation SA who also managed the site, where space is extremely tight, no heavy machinery may be used, and they have to minimise the duration of the work, and therefore any operating losses. What has been completed from summer to autumn 2021. 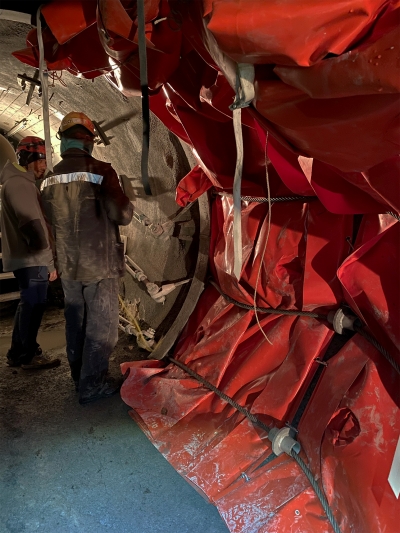 Inspection of the structures: dive into the heart of the plants ages

The inspection and monitoring of civil and mechanical engineering structures is among HYDRO Exploitation’s range of high value-added services.